A lecture-performance about War, Peace and Hope.

In Your Majesties, Navaridas & Deutinger present President Barack Obamas Nobel Lecture, held at the Nobel Peace Prize Ceremony in Oslo.  Alex Deutinger recites the legendary speech of the President of the United States of America. From behind the audience, Marta Navaridas performs as a gesturing teleprompter, manipulating and guiding his movements. The President´s speech is revived, a piece of World History is updated and the techniques of political rhetoric are laid bare in a surprisingly clear and simple way.

The most remarkable thing about this performance is the gradual dismantling of the political gesture with its traditionally problematic relation to reality. At the end of the day, there are differences between political talk, political action and the execution of political will. In democratic systems, all three are interwoven, if not through trust, at least through hope. And this hope – stunningly – is made the basis for individual reflection by Navaridas & Deutinger.

This one is a corker: simple yet deeply funny, rigorous, revealing and politically charged. An utterly unconventional duet.

Everyday movements become choreographic movements. As in an encyclopedia of pseudo-private representation, the techniques of political discourse are enacted and laid bare.

One of the cleverest shows I´ve ever seen. Absolute genius. 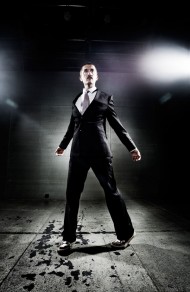 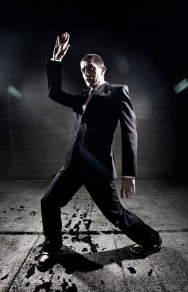 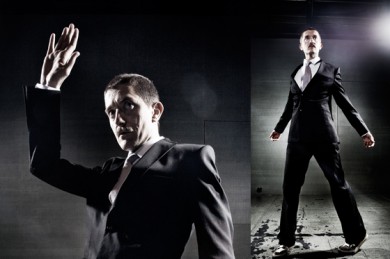